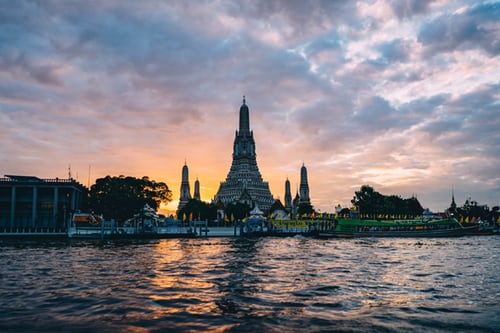 Despite its invigorating streetlife, Thailand’s capital nevertheless squeezes tranquil temples, palaces, and gardens in amongst the charming chaos. Want to know what to see in Bangkok? Everything! But here are some of its top attractions with which to start!

Located in Bangkok’s Chinatown, the Golden Buddha patiently awaits visitors at the temple of Wat Traimit – all five and a half tons of him!

The famous Buddhist temple Wat Arun actually takes its name from the Hindu god Aruna. Early risers can see it transform the reflected rays of the sunrise into a magnificent aura!

You might recognize the temple’s huge Reclining Buddha statue, but Wat Pho is also notable for being Thailand’s first public university and the birthplace of Thai massage!

Complete your tour of Bangkok’s most sacred wats at the “Temple of the Emerald Buddha,” so-called for its statue carved from a single jade stone. Nobody but the king may touch it!

Grand is an understatement! It’s the jaw-dropping majesty of the Grand palace that makes it one of Bangkok’s top attractions. The aforementioned Wat Phra Kaew lies within its walls too!

In need of a respite from all this Bangkok sightseeing? Treat your inner-child (or, you know, your actual children) to the city’s leading amusement and water park, Siam Park City: open daily! 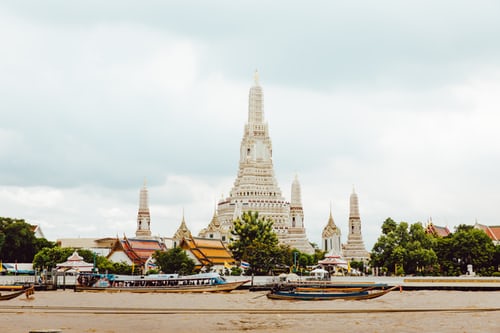 8 Great Things to See and Do in Tuscany

Any cookies that may not be particularly necessary for the website to function and is used specifically to collect user personal data via analytics, ads, other embedded contents are termed as non-necessary cookies. It is mandatory to procure user consent prior to running these cookies on your website.